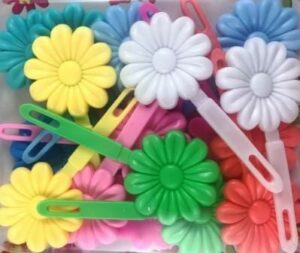 Wide smiles, flower barrettes, and matching t-shirts. My last memory was captured in a quick snapshot of my friends and me at our daycare and after-school program. For the majority of my life, I have gone to predominantly white schools. From the summer before my first day of Kindergarten to Third Grade, I was there every day; it was as if it was my second home. The location was perfect, just a few blocks down from the house I grew up in. I remember moving from Chicago to a little suburb in Illinois, absolutely terrified because I did not know anyone. I remember staring out the window on the car ride to the program, dreading it, in the van that took me to school, dreading it as well. Until I met one of my best friends during recess, she came up to me and said we took the same van this morning and asked if I was new. I said yes, and from then onwards, we sat next to each other during our van rides to and from school, and we were inseparable at the program. My friend group there became my sisters. Looking back now, I realized that I always felt more of myself being there. It was a place where most of the children were Black, and if they were not, they were a person of color.
Being a part of that program was beneficial for me. When I moved away to another predominantly white school and suburb and did not have a community that looked like me to be myself and have someone with a shared experience(s) to always talk to, it affected me. I started to notice the effect this had on me in high school. So, I made it one of my goals to find a community that I know I can feel free to be me and around people who are Black. I joined BSU, ASA. I am in the Emerging Scholars program and Academic Fellows Program. These have helped keep me grounded, find new friends, network, and feel like I have a space to be myself.