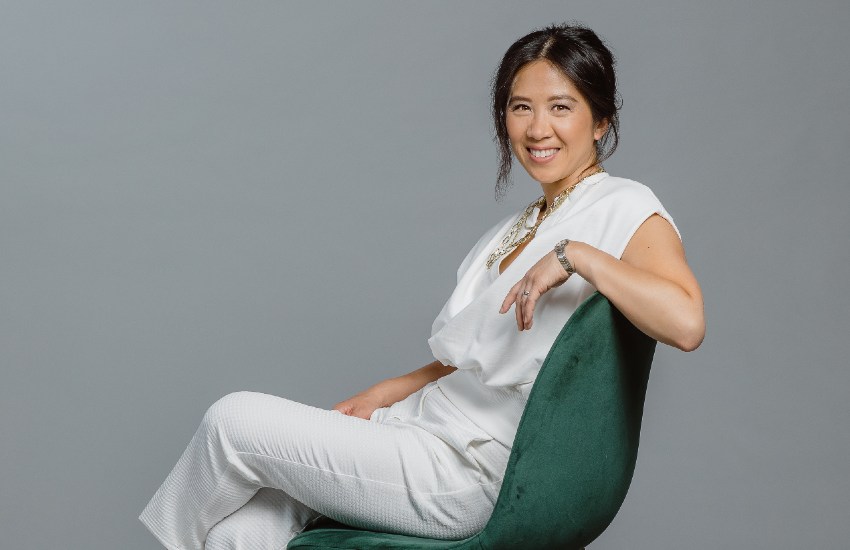 Joyce Anderson is the Co-Founder and COO of Honest Game. Previously, she was an associate at Sidley Austin LLP in Chicago, and currently she serves as President of the Board for Girls Play Sports NFP. Joyce holds a B.A. from Columbia University where she was a two-time Captain on the Women’s Tennis Team, and earned her J.D. from the University of Wisconsin Law School.

Vault spoke with Joyce about her career path from BigLaw litigator to student athlete advisor to Co-Founder and COO of Honest Game—as well as her advice for fellow lawyers-turned-entrepreneurs.

Vault: Why did you initially decide to go to law school?

Joyce: I remember looking back at my fifth-grade autobiography, and it said in there I wanted to be a lawyer—so my interest began at a young age. I think a lot of it had to do the fact that I liked rules. I was very much about fairness, so even as a child, I wanted to be involved with something where I could have stability and have that comfort of people following the rules.

Vault: Can you share your path from law school to where you are today?

Joyce: After law school, I worked at Sidley and practiced securities litigation. When I had my first child, I pivoted and applied for a head tennis coaching job at the local high school. (I had played competitive tennis at both the high school and collegiate level.) Coaching was never something I thought I would do, but it was flexible, and I got to work with kids. Over time, I started working on a program at the school focused on equity; it was about building scaffolding for students of color who were learning in the advanced placement classes. We created study groups and mentorship opportunities where the older students could advise the younger students on how to excel in the AP curriculum.

Then, about eight years ago, the Athletic Director asked me to advise students on college recruiting and academics. I got to work with all different types of students, from those who were homeless to those with two parent households who held advanced degrees. I realized a lot of our students faced similar issues when it came to academics for college sports. During this time, I also was working on fundraising and strategic planning for a nonprofit called Girls Play Sports, which focuses on providing leadership skills to young girls through participation in sports using a model where high school girls counsel the younger girls.

About two years ago, my now-co-founder, Kim Michelson, contacted me with a mission statement for what is now Honest Game. The idea of using technology to scale, educate, and bring transparency—and allow students and their parents to feel empowered—was too good to pass up. Kim and I are both activators. I think that’s why we’ve been able to move at such a fast space. We incorporated in June of 2019, and joined an accelerator in Chicago called 1871—a hub of Chicago tech. The program enabled us to get mentorship from other women founders and also go through their accelerator, which allowed us, newly minted entrepreneurs, to learn about the stages of business planning that we otherwise wouldn’t have known to do.

Honest Game is a SAAS product. We build automated academic road maps for student athletes who want to play sports in college. Almost 1 million kids don’t make academic eligibility for college sports. In under-resourced areas, its one in two who don’t make eligibility. We’re trying to create equity in sport and bring more opportunity for college access. Honest Game is a really important tool for all students—to play in NCAA D1 or D2 and NAIA sports, you need to meet certain requirements, and even top students can have issues with the requirements. We’re like your insurance to confirm you’re tracking correctly. We see ourselves as a learning outcome tool, very much about marrying a student athlete’s passion for sports with a motivation for learning.

Vault: What are some of your typical duties in your current role as COO of Honest Game?

In terms of my day-to-day work, it depends on what stage of the company we’re talking about. Now, I’ll take two customer Zooms a day, where I’m following up with a high school, selling to a high school, or talking on the phone with a parent who has a question. Part of my day includes overseeing quality assurance—managing how the product is going out. I also meet with our developers multiple times a week to talk about our road map, our next sprint, any bugs we need to fix, etc. Plus, we’re in the midst of hiring, so we’re doing interviews, and we’re closing out our seed round, so we also have investor meetings. Finally, we have team meetings—our entire team is remote, so we’re on Zooms all day long. Overall, my day to day is pretty wide and varied.

Vault: What would surprise most people about your job?

Joyce: I’d say a lot of what we do is unpredictable. You can plan as much as you want, which is what I do—I’m a planner, but every day, something doesn’t go the way you think it’s going to go. As COO, you’re very much about process and structure of rules, but you can’t live and die by them every day as an entrepreneur. You have to be flexible.

Vault: What types of skills and training are key for someone aspiring to be a COO? What experiences have been most useful for your work as an entrepreneur?

Joyce: I’d say that as a lawyer, you’re trained to look at the details, and I really think my training in law allows me to think critically and analytically and to problem solve. Because I have worked in so many different fields,  I can draw on all of them to do a pretty good job of being flexible and thinking outside the box.

If you’re going to start a business, you need to know why you’re doing it. For Kim and me, it made sense that we started this business because we lived it as athletes and as student advisors. We knew there was a need and the problem to solve—we needed to get involved.

Vault: What advice do you have for law students and lawyers who want to pursue a career outside of the legal field?

Joyce: Find something that you’re really passionate about. I work really hard—probably harder than I ever did as lawyer. And I worked really hard as a lawyer, but it’s a different kind of exertion; my work now is not as predictable. If you’re going to leave the practice of law, which is practical and stable, find something that makes you get out of bed every morning and doesn’t feel like a job. No matter how it ends, if it ends, you’ll know you didn’t waste your time. I’m a firm believer in the notion that everyday counts, and if you’re in a job or career you’re not excited about and don’t feel you’re making a difference in some way, you won’t be satisfied.

Get to Know Joyce

A comprehensive resource for students and job seekers looking for career advice, job postings, company reviews from employees, and rankings of the best companies and industry employers.
facebooktwitterinstagram
Share on TwitterShare on LinkedinShare on Facebook